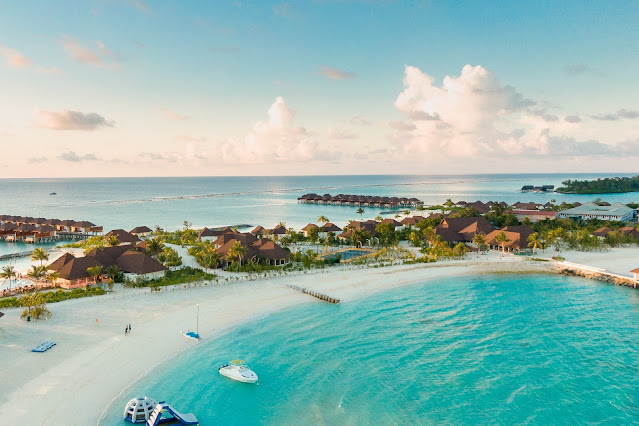 When the cold and dark of winter are starting to affect your mood, there is only one solution: pack your bags and go somewhere sunny for a week or two. Spending some time on a sunny, white beach enjoying exotic cocktails will do wonders for your mood, and it doesn't have to be very expensive either. In fact, a winter sun holiday can be cheaper than one booked during the summer months. What are some places that stay warm during the winter months? Here is a list of the five best.

The Canary Islands are a Spanish archipelago situated off the coast of Morocco. The main islands in the archipelago are Tenerife, Fuerteventura, Gran Canaria, La Palma and Lanzarote. They benefit from a subtropical climate with long summers and warm, mild winters. The Canary Islands beaches, climate and The Mount Teide, one of the largest volcanoes in the world, make this place an extremely popular touristic attraction.

Maldives is an archipelago of almost 2000 coral islands in the Indian Ocean. It has a tropical climate with an average temperature of 30C all year around. Maldives is known for its white sand beaches, blue lagoons, lush vegetation and coral reefs. With its wonderful climate, Maldives is a great place to visit all year and offers a huge range of activities like snorkeling, jet skiing, and diving.

Seychelles is an archipelago of 115 granitic and coral islands the Indian Ocean, off the coast of East Africa. It enjoys warm temperatures of around 30C all year. Seychelles is famous for its stunning white beaches, turquoise waters, and its rare wildlife such as the giant Aldabra tortoises. Seychelles is also home to the some of the largest and most spectacular seabird colonies in the world.

Bermuda is a British territory located off the East Coast of North America, with a subtropical climate and an average temperature of 25 to 30C all year around. Bermuda is an archipelago formed of around 180 volcanic islands, and it is famous for its pink sand, which makes its beaches some of the most beautiful in the world. The pink colour is given by the skeletons of a  particular species of red foraminifera called Homotrema rubrum, which are very abundant in the waters around Bermuda.

Cape Verde is an island country comprised of 10 volcanic islands, situated in the North Atlantic Ocean, off the coast of West Africa. Cape Verde has an average temperature of 25 to 30C all year around. A former Portuguese colony, Cape Verde is famous for its mixed Portuguese-African culture, colonial style cities, long white beaches and volcanic landscapes. Cape Verde is a great place for shipwreck diving, as the waters around it hold more than 70 shipwrecks from the 16th and 17th century.

Whether you want to climb the Mount Teide, lay on the pink beaches of Bermuda, see the rare wildlife of the Seychelles or go diving among historical shipwrecks in Cape Verde, there are some wonderful places in the world where you can enjoy a sunny holiday all year around, even when it's cold and rainy at home.